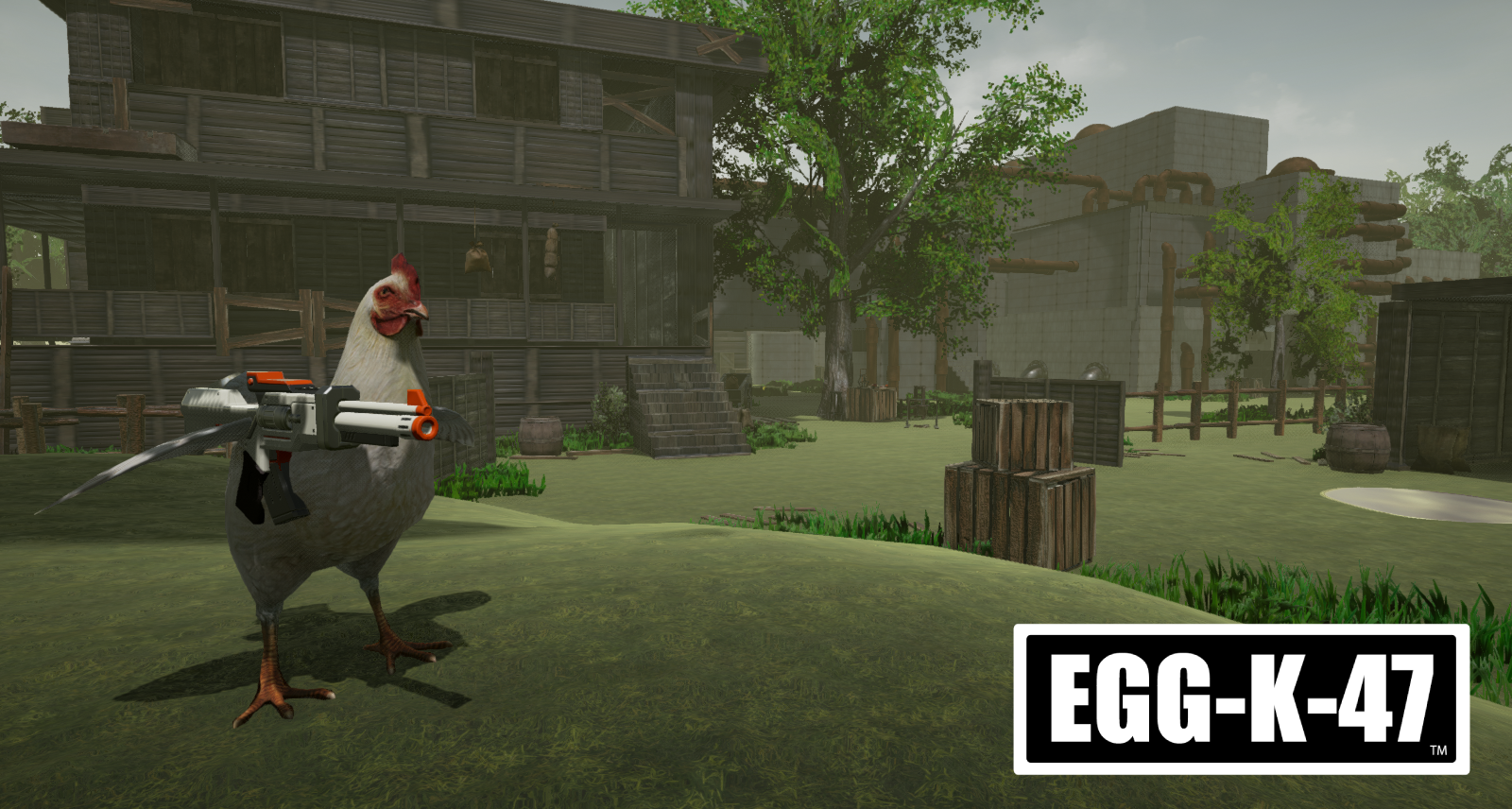 Theres something going on at Terror Taste Farms. The mean old greedy farmers have killed all the chickens….except one…and hes pretty pissed off….now hes armed with his EggK47™ Fight off the farmers and collect all the golden eggs to continue your journey into a dangerous world filled with detailed game levels, action packed combat and chicken flying boost power. [We know chickens cant fly in reality] but this isn’t reality….this is a game.Utilize your EggK47™ and collect your egg bullets cause your gonna need them if you want to survive. 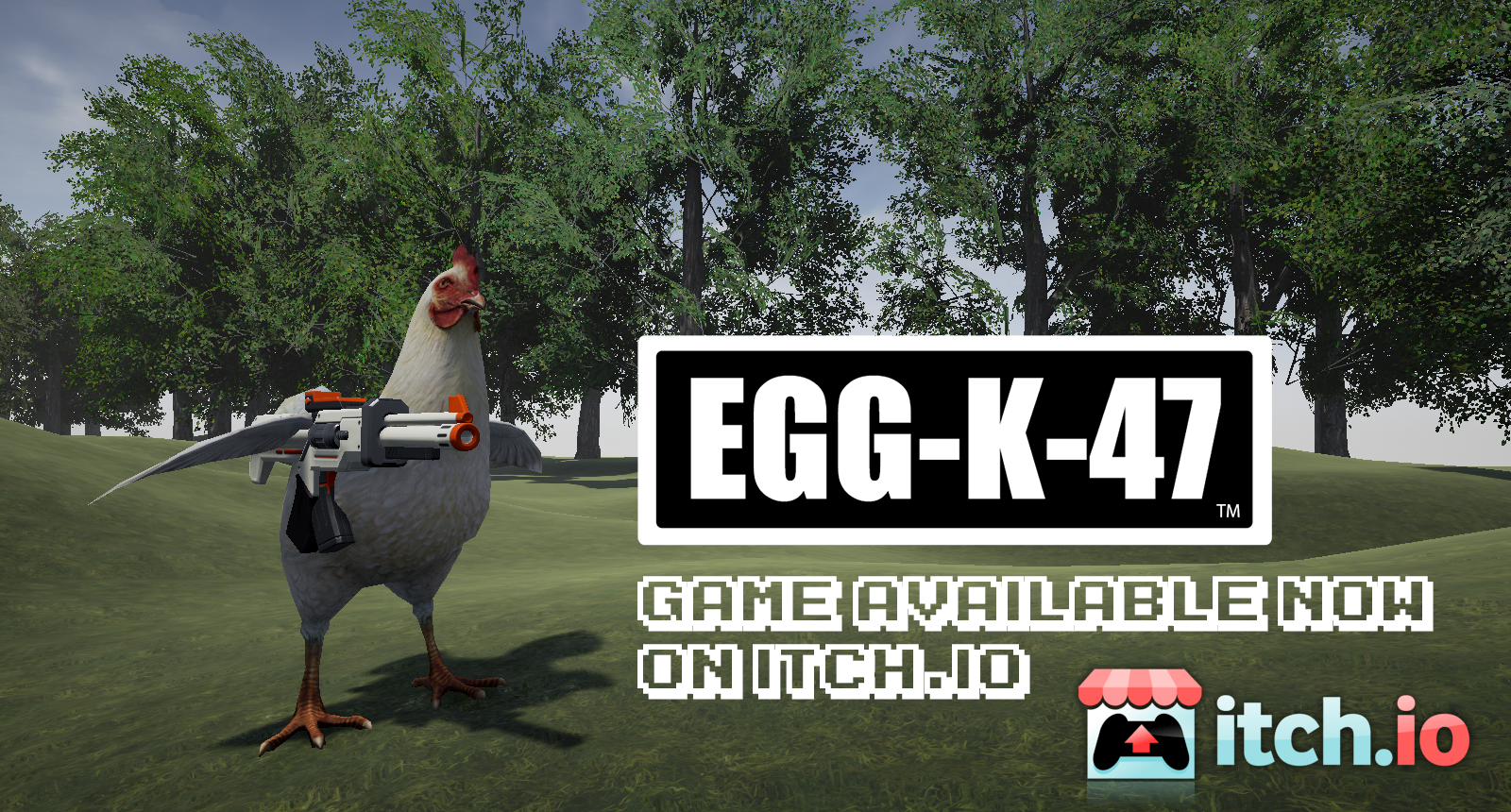 ENDORSEMENTS AND REVIEWS FROM EPIC GAMES AND OTHERS

“The game looks hilarious and quirky and that’s what my channel is all about!” @Stockhouse

“I do not know how the idea of this game came to mind, but it looks damn funny.” @ Cybermax

Wow a million thanks to everyone who voted for EggK47™ on Steam!!! The game will now be released on Valve corporations online game service STEAM!!! These are exciting times!!! 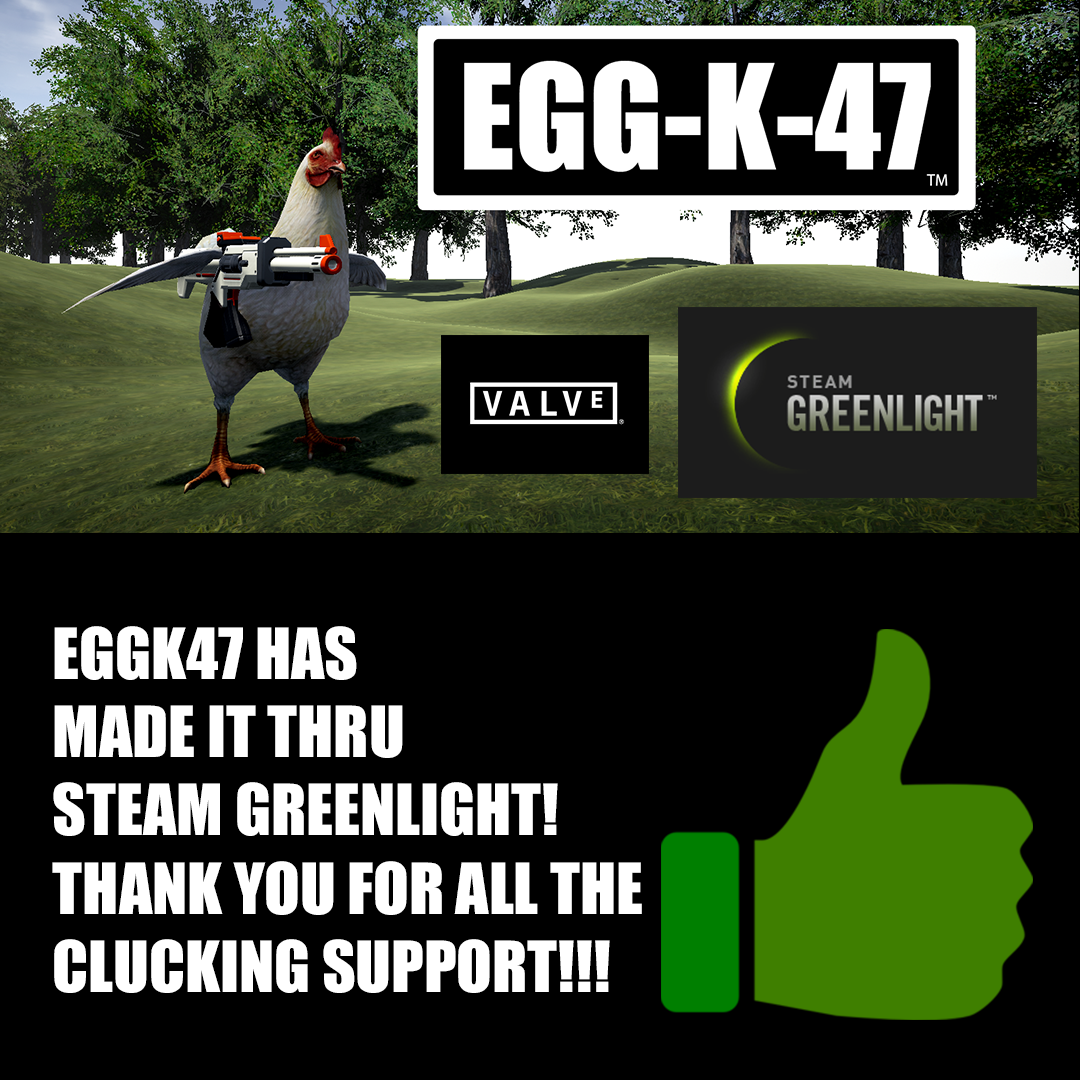 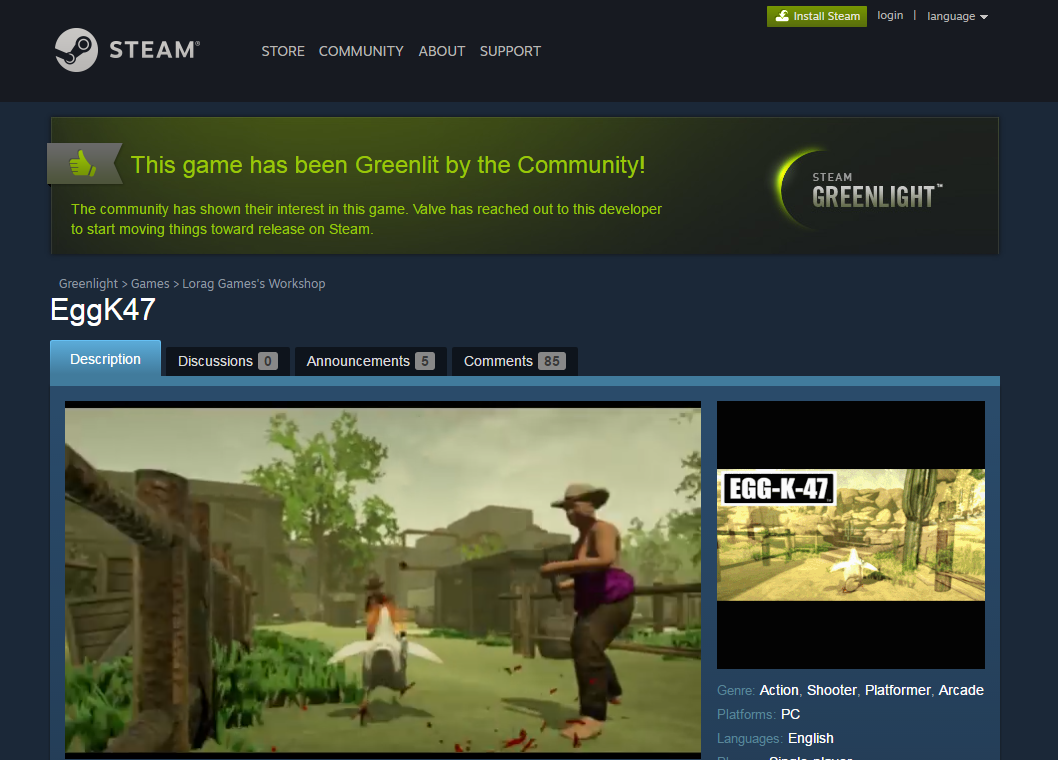